I first met the man in 1989, soon after he'd left the Texas state senate to become general counsel at the University of Texas System. At the time I was co-editor with Tom Philpott Jr., who now writes about food politics and economics for Mother Jones, of an alternative student publication called "Polemicist" that nearly exclusively published investigative reporting and criticism about UT Austin. At the end of the savings-and-loan meltdown and the beginning of Austin's tech boom, that was a wide-open, wild and woolly beat by any standard. (Hardly anyone ever even pretends to cover the university as the major regional political and economic institution it really is, a situation that's equally true today as in the late '80s.)

At the time, Tom and I were reporting on a story that led us to run a background check on Mr. Farabee. We were able to concretely deduce from public records that, while he was President of the National Student Association in the 1960s, Farabee was recruited as an asset by the CIA, as were numerous other student and labor leaders of the era. The idea behind the Cold-War era program was to finance and support anti-communist liberals within student and labor organizations prone to radicalization, if not to alter their positions then at least to monitor their activities.

Today, concealing such youthful connections seems quaint after David Dewhurst was elected to multiple terms as Lieutenant Governor with his main qualifications being a) he was rich, b) he was a competitive calf roper, and c) he'd worked in his twenties as a CIA case officer during an era in which they helped overthrow the government in Bolivia. But this was during the aftermath of the Iran-Contra affair, years before 9/11, when student groups were actively protesting CIA recruitment and the terms of debate surrounding spooks in public life arguably was less forgiving than now.

Anyway, we went to confront Farabee who, upon seeing the evidence admitted to being recruited by the CIA. However, he said he'd never undertaken the biggest assignment they laid out for him - infiltrating left-wing student groups in Europe - mainly because his father passed away right before he was to have departed.

Farabee politely asked us not to publish the fact of his youthful CIA involvement because, he said, he'd taken an oath (though the whole episode already at that time was a quarter-century old - basically ancient history). That would not have been enough to dissuade us, but he also made a valid argument that the revelation was merely salacious and had nothing to do with the story we were researching, about which his office had turned over hundreds of records and cooperated in full. And finally, perhaps predictably, he offered us another story instead, or at least a lead about the story we were working on, though for the life of me I can't now remember what it was. Much more memorable than those details were my conversations with Tom afterward about whether Farabee's dalliance with the CIA was newsworthy or merely inflammatory.

We decided, rightly or wrongly, that it wasn't news, or at least particularly important news, and for my part I've never mentioned the subject in writing until now. While I covered the university, Farabee treated us fairly, never screwed us over, and always returned phone calls, which from my perspective was about all one could ask. I liked him; in all my dealings with Ray Farabee (the last of which was perhaps 20 years ago), I found him to be an honorable man. I'm sorry to learn of his passing.
Posted by Gritsforbreakfast at 12:10 PM 1 comment:

Email ThisBlogThis!Share to TwitterShare to FacebookShare to Pinterest
Labels: obituaries

I must admit I had not realized the volume of boxing and combat sport events in Texas. Here's a list of events coming up over the next 2-3 months from the Texas Department of Licensing and Regulation website:

All events are subject to change or cancellation.

That's a lot of fights. And when you read the Sports pages or watch sports programming on local TV news (or for that matter, ESPN), there is almost zero fight coverage. The papers are doing a crappy job of covering what's clearly an emerging sport here in Texas and the fight promoters are doing a lousy job with publicity. I'm an actual fight fan - a casual one, but still ... you shouldn't have to hunt this list down on some obscure state licensing agency website. If the industry promoted itself properly they'd be telling folks like me about these events ahead of time.

The state just elevated a long-time staffer to become its new "Combative Sports Program Manager," fwiw, though I know nothing about the fellow to suppose that's a good or a bad thing. Texas' boxing regulation has been a running national joke for several years so part of me questions the decision to hire from within. Still, I hope he succeeds and does a good job. With our proximity to Mexico and the state's tough-guy culture, combat sports could and should flourish in Texas if the government and promoters can get out of the way of the growing number of fighters and fans.
Posted by Gritsforbreakfast at 10:32 AM 1 comment:

Email ThisBlogThis!Share to TwitterShare to FacebookShare to Pinterest
Labels: sports

Here are several items/links I wanted to remember as I try to teach kids in the Blanton Elementary math pentathlon team a few tricks to make (dreaded) multiplication less scary.
The above are taken from a cool blog series on 25 (or 26?) different ways to multiply.
Posted by Gritsforbreakfast at 9:05 AM 7 comments:

Email ThisBlogThis!Share to TwitterShare to FacebookShare to Pinterest
Labels: math 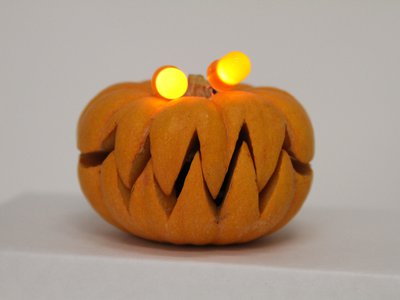 Contemplating my abysmal pedagogical failure, I came to this head slapping realization: We only took to soldering this kit because it was handed to her at her Spark Club class at the Thinkery, Austin's big children museum. But if I'd given it two thoughts, this project would be easy to put together with little or no soldering by using an Arduino, a breadboard and jumper wires. I'm going to try it first without her over the Christmas holiday. Perhaps I can get her interested in a less fussy project involving less soldering, against which she's started to push back once we reached these slightly more complicated projects.
Posted by Gritsforbreakfast at 8:04 AM 1 comment: