Who doesn't love this song?

My favorite line: "I bet there's rich folks eating in a fancy dining car. They're probably drinking coffee, and smokin' big cigars. Oh I know I had it comin'. I know I can't be free. But those people keep on movin', and that's what tortures me."

Johnny Cash never went to prison himself, but early in his career he realized that prison was a brilliant metaphor for a set of human experiences in a raw, extreme form that are universal, that all of us endure at one time or another. Commenters at YouTube compared Cash's near-glamorization of prisoners and their crimes to modern "thug life" attitudes routinely expressed by rappers. There are songs where that is justified - for example, Cocaine Blues:

But I wonder myself what Cash would have thought about modern thug life musicians? I don't think he'd hold as harsh an opinion as many of their critics. But I think in most of Cash's music about prisons there are a couple of differences with modern thug-life musicians, not the least of which is Cash's sympathy for the prisoners and his focus on remorse ("I know I had it coming") and often Christian redemption. For example, see God's Gonna Cut You Down:

Crime should not be glamorized, just as the crime-reduction value of punishment should not be oversold. But crime and criminals must be humanized - made understandable to the broader public in human terms - in order for the public to consider evidence-based anti-crime proposals instead of fear-generated ones. Art can remind the public that these folks are all somebody's son or daughter, somebody's sibling, cousin, nephew or niece. And that nobody is ever as good as their best act or, just as importantly, as bad as their worst one.

That's what Cash tried to teach through his prison-related art. Now that he is gone, who will pick up that mantle?
Posted by Gritsforbreakfast at 10:44 AM No comments:

Tom called it the play of the year, and I'd have to agree. As he described it, "During a key part of the 4th quarter in the state 5A D-1 championship game between Southlake Carroll and Austin Westlake, Southlake Carroll QB Riley Dodge barks out the signals, vomits immediately before taking the snap, then throws a perfect TD pass to put Southlake ahead for good in the game, and then is helped off the field by a couple of his teammates as he vomits again on his way to the sideline." See for yourself:

How intense is that?
Posted by Gritsforbreakfast at 1:49 PM No comments:

What did you learn in school today?

This Pete Seeger tune could have been written today instead of 40 years ago:

Surfing further around YouTube I also found this fine rendition by a much older Seeger of "Waist Deep in the Big Muddy." I'd heard it before but somehow, at the present moment in history - with the Iraq war degenerating and parts of Louisiana still devastated after Katrina - it takes on a bit of a different sense, doesn't it? Check it out:

Posted by Gritsforbreakfast at 8:31 AM 4 comments:

Kathy and I want to go see this Matisse exhibit at the Dallas Museum of Art featuring his sculpture.
Posted by Gritsforbreakfast at 3:32 PM No comments:

In search of bathroom graffiti

After writing a couple of recent posts on Grits about punishing graffiti artists, I enjoyed this provocative mini-documentary filmed in Austin in the mid-'90s on bathroom graffiti, found via Dirty Third Streets, which also has up a great set of pics of Austin graffiti worth a second look.

Posted by Gritsforbreakfast at 3:34 PM 2 comments: 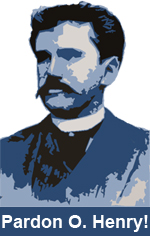 Posted by Gritsforbreakfast at 4:54 AM No comments: