I've always wanted a hedge maze. I've teased my wife that it should be the next thing she adds to her already extensive garden, to the point that it's become a years-long running joke. Then we visited Park Laberint D'Horta in Barcelona, pictured below in a photo taken by either Kathy or me. 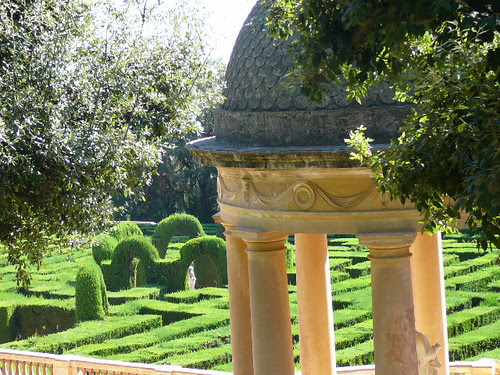 Just a dream come true. I absolutely loved it. The maze was deceptively large and somewhat difficult, though trial and error would eventually let anyone out without too much trouble. Leaving after you'd found the center was actually more difficult than reaching the middle in the first place. Here's another view: 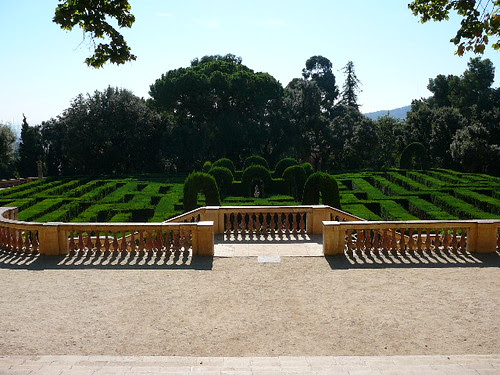 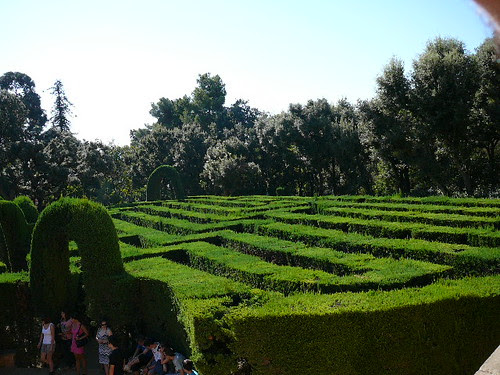 When you reached the center there was a small circular area surrounded by tall shrubbery with multiple exits, along with this grotto: 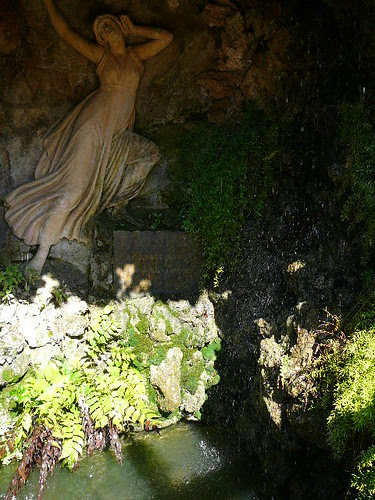 Remarkably, though it's difficult to tell from the photos we came back with, the rest of the park was perhaps more impressive, even, than the portion with the Labyrinth. The place was filled with intimate little grottos like this one brilliantly designed to encourage private moments even when the gardens are filled with a large crowd (as it was for part of the time we were there). 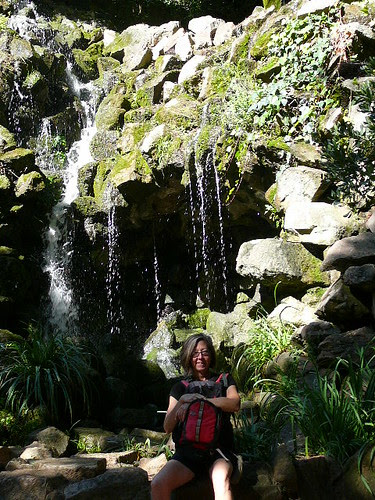 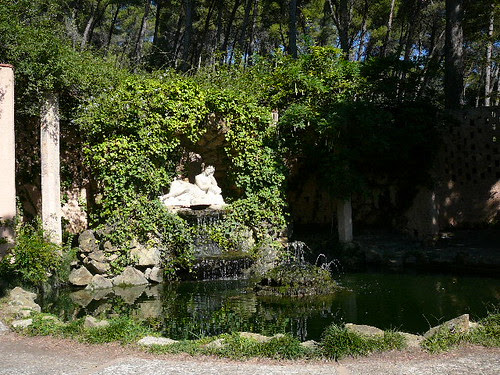 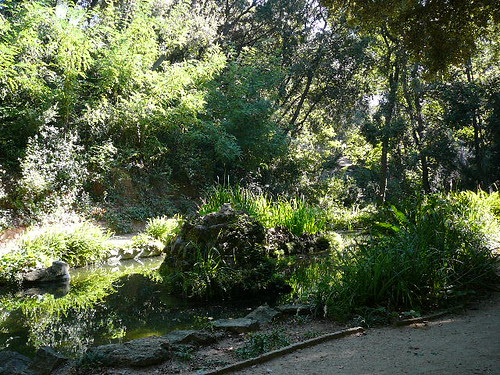 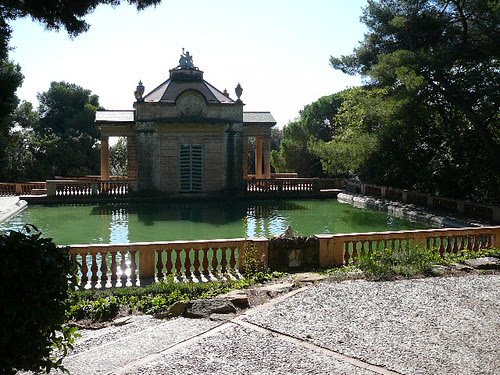 The place was a former estate from some royally endowed late 18th century fiefdom, from whence period the hedge maze and gardens date. I should add that they were only barely keeping the place up to the level it deserved, doing minimal upkeep and watering but perhaps not in the most efficient, effective or professional manner. Having visited Kew Gardens outside of London earlier in the trip, which admittedly may be an unfair comparison, the differences in the levels of upkeep weren't even close, and there were portions of the garden that would have been even more spectacular if they'd been kept in top-notch shape.

That's nitpicking, though. If I lived in Barcelona I'd go to Laberint d'Horta all the time. It'd be a great place to take kids and let them run around, and a spectacular place for picnicking. On the day we went they required no fee, so the whole visit cost us the sum total of subway fare to get there and the cost of a few snacks picked up at a local market for the occasion.

Wish I were there right now.
Posted by Gritsforbreakfast at 10:47 AM 2 comments: