For Christmas, the granddaughter received a "WeevilEye" soldering kit we got her from SparkFun. Last week she soldered together an LED circuit she and Grandma made into a bracelet with moldable plastic, but this was a much more involved, detailed affair, and the first time she'd soldered onto a printed circuit board (PCB). So we had her practice first on a scrap board, soldering several wires and a resistor: 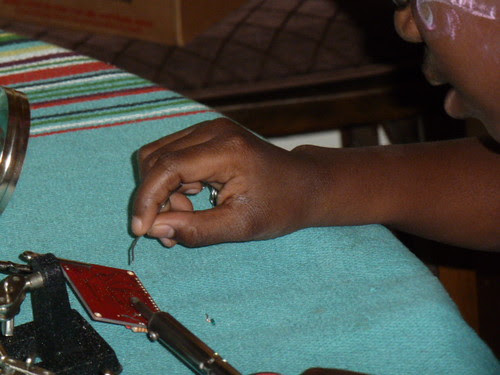 Once she had that process down, she started in on the WeevilEye. 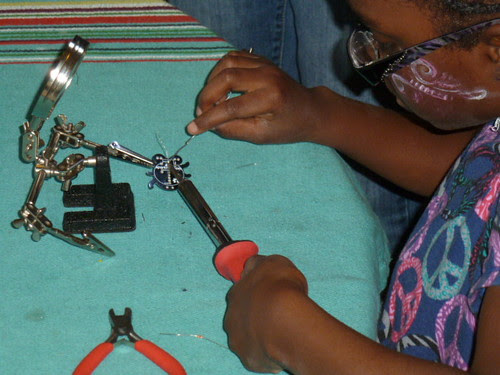 Three resistors, a transistor, a light sensor, two LEDs, and a battery holder later, the finished project worked just as advertised: The eyes light up when it's dark and go off in the light. 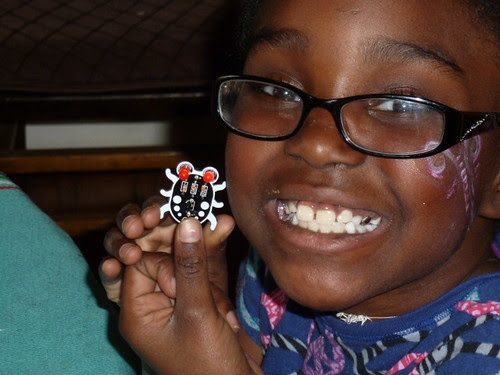 The only real problem came when some solder bled across both slots on one of the LEDs, but that was fixed just by reheating it and wiping off the excess with a small sponge. Also, the coin cell battery holder leads were a bit small and difficult to access once all the other components were in, but she accomplished it just fine once she found the right angle. Here's what the finished product looked like, from the SparkFun site: 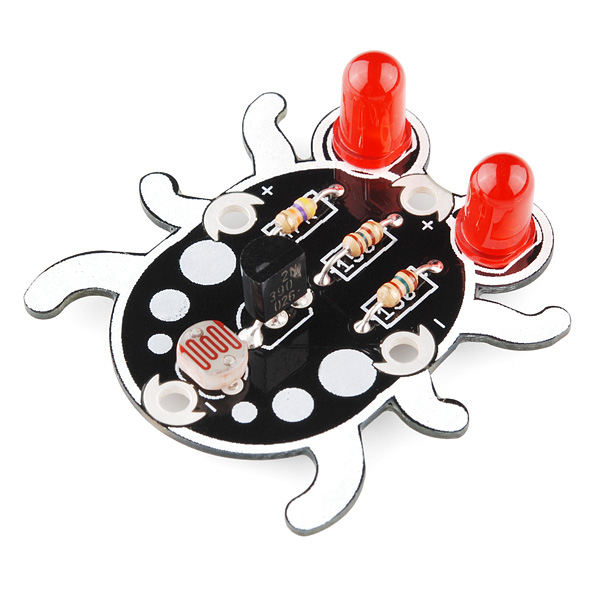 If I had one suggestion it would have been for the manufacturers to include an on-off switch on the battery holder. Because it uses a transistor, the device drains the battery even when the LEDs are off. But the battery pops out pretty easily and that's not a big problem. Quite a nice little introductory soldering kit for a seven-year old.

AND MORE (Feb. 12): Not a soldering project but I wanted to store these links somewhere: Last weekend we took the young'un to an event at Laguna Gloria Art Museum in Austin where they had the kids create small theremins on a breadboard. Excellent event; lots of kids and families there. Here's the link to the project page, the schematics, and in case they eventually take those down, here are several other sites they recommended for other noise projects:

Posted by Gritsforbreakfast at 2:49 PM

Email ThisBlogThis!Share to TwitterShare to FacebookShare to Pinterest
Labels: electronics